Next Annual General Meeting of Save Open Spaces Frome Ltd.

Would as many as possible please attend as a quorum of shareholders is required to vote on issues and decisions.

Some of the cattle we hosted last year 2018 were smaller than those we have had before. A few of them struggled to drink well from the water troughs, which had been used for many years. The ground around the one between the Sledging and Big Fields had been worn away over the years, so today hardcore and soil was added to the Sledging Field side to heighten the ground.

Sue, Ian M., Jimm & Dave, with help from Henry, who donated the second trailer load accomplished this in 5 hours this morning. That was enough for anyone!   JY 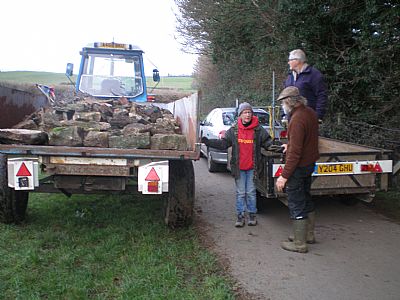 First load of stones for the ground next to the trough 9AM. 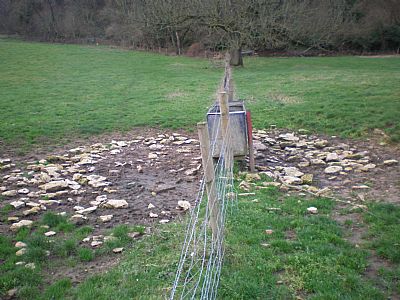 The water trough before today's work. 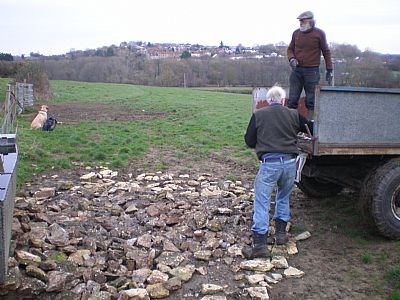 Dave and Ian with base stones. 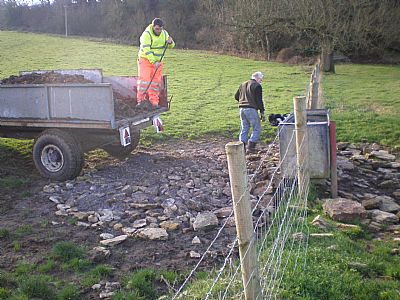 Henry raking soil off the trailer onto base stones. 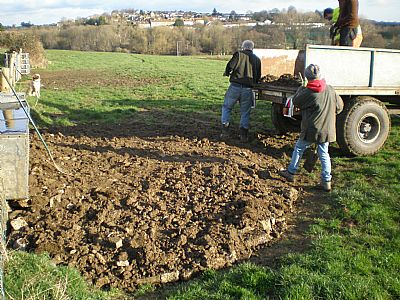