Following an invitation from Jonathan Thomson, Underhill, East Knoyle, on 14 January 2016 Ruth and I (Jimm) went to his premises to view some young oak trees which he had offered to us. Jonathan has begun to create an ecological area especially suitable for dragonflies in conjunction with The British Dragonfly Society. The area next to the pond needs to continue to be a sedge marsh, from which we were invited to dig up young oak trees, planted by a previous landowner, for Whatcombe Fields. 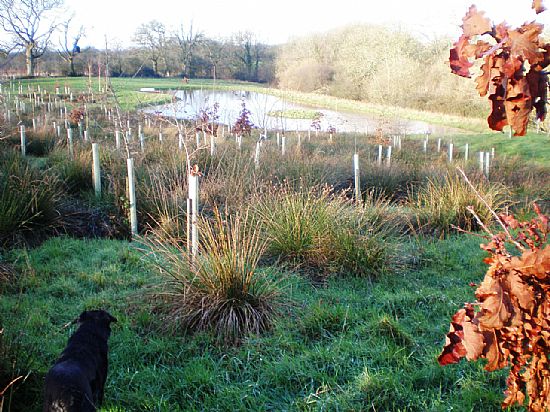 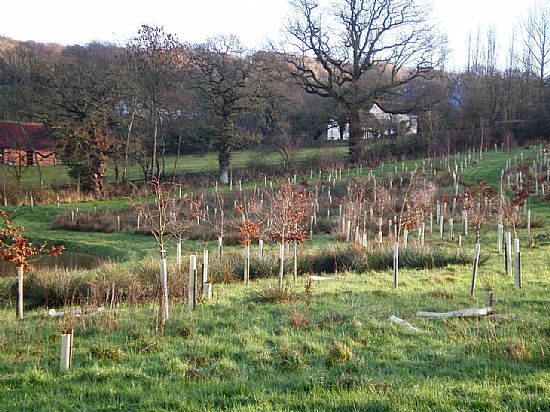 We returned on February 11th, and dug up 6 trees, transported them to the highest point of the SOSWhatcombe Fields area, and replanted them there. After collecting fence posts, Ruth watered the trees as Jonathan advised, and I fixed fence posts around most of the area, and that of the January planting so the trees would be safe when the cattle arrive again in March. 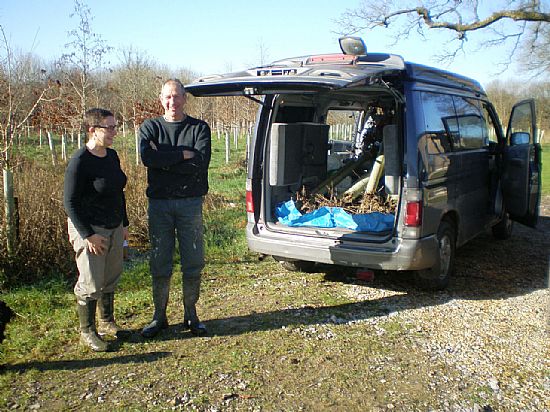 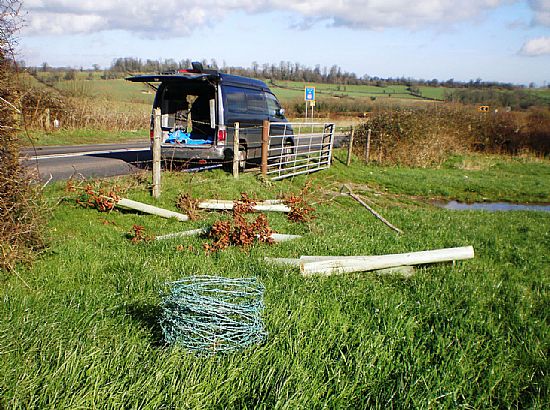 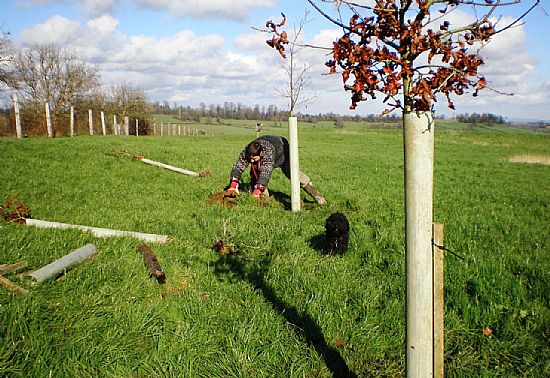 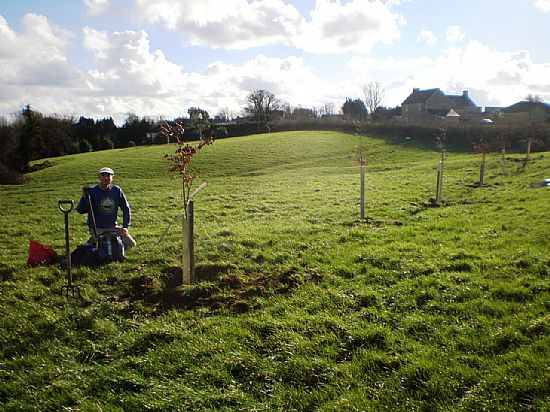 18Feb, I have attempted to construct a fence around the new trees to protect them from cattle. This will of course need changing if & when more trees are planted. 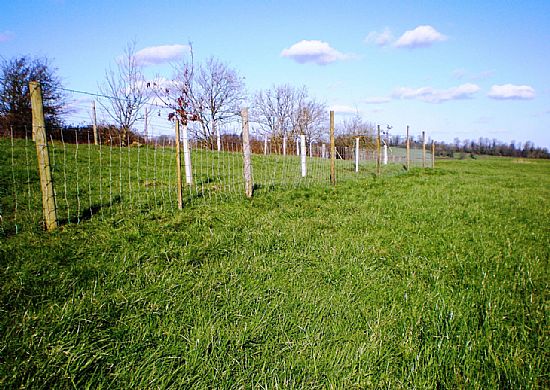 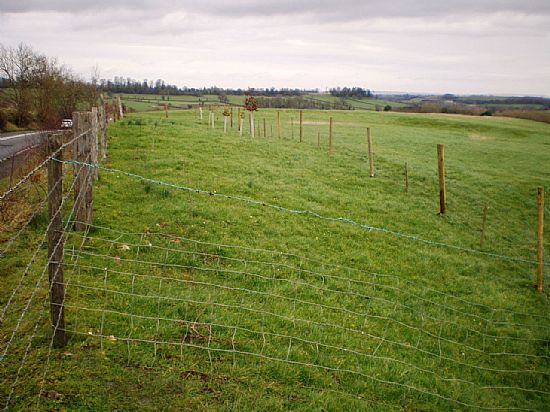